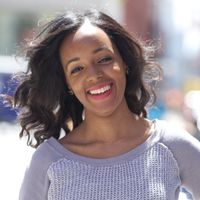 The bustling highway between Marseilles airport and the Lacoste outpost of the Savannah College of Art and Design doesn't do well to prepare you for the breathtaking beauty of Provence. It was in this ancient, southeastern region of France, after all, where creative masters like Claude Monet, Vincent Van Gogh and Pierre-Auguste Renoir found not just their calling, but their groove as artists.

Yet, not even they could put that idyllic setting into words, relying instead on other artistic mediums or, perhaps, keeping the source of their inspiration all to themselves.

Centuries later, a new wave of creatives — from Julia Child to John Malkovich and Pierre Cardin — would uncover it, followed by an even newer generation after them: the residents of SCAD's Alumni Atelier.

Housed inside the cobblestoned medieval village of Lacoste (no relation to the ubiquitous clothing brand), the ten-week-long open house invites visitors in, students abroad, and alumni back to explore the many points where art and nature intersect.

“For centuries, artists have cherished Provence for its natural beauty and wondrous light. Today, that same light illuminates the hearts, minds, and work of SCAD students and alumni, who regularly cite the Lacoste experience as the most transformative of their education," says SCAD president, Paula Wallace, who conceived of the program and has continued to endow it.

"Our beloved bucolic village tunes itself to your pulse. Spend time here and it resonates for the rest of your life,” Wallace says.

While the beauty of Provence is, in essence, perennial, the mere 10 days between the region's lavender crops reaching full bloom and their optimal harvesting time in early July are no doubt the best time to pay Lacoste a visit.

At the family-run Les Agnels farm, just a short drive up the road from the SCAD campus, lavender oil is carefully distilled before making its way into an assortment of bath and beauty products and edibles. Leave time for the requisite lavender field Instagram; leave room in your suitcase for a jar of Les Agnels organic lavender honey and a perfect-for-gin-and-tonics bottle of their lavender liqueur.

On Saturday mornings, in what some say is a 900-year-old tradition, a sea of vendors wind through the city of Apt, hawking everything from produce to antiques, and capturing the true communal spirit of the Provençal town. Apt also hosts a farmer's market featuring roughly 20 vendors every Tuesday evening from April to December and a truffle market on Saturdays through March 15, 2018.

Check out a relic of centuries past.

When the market buzz dies down around 12:30, stop into the Cathédrale Sainte-Anne d'Apt, where a corridor (and a friendly volunteer, who you can schedule an appointment with in advance) will guide you to a vault containing relics of St. Anne, the grandmother of Christ.

St. Anne with her head covered by a veil, by Albrecht Durer (1471-1528), drawing.
DeAgostini/Getty Images

Legend has it that the veil was uncovered in a tomb beneath the church, believed to be that of St. Anne, and is used to cover and uncover the relics during processions. The story continues: "In 1623, Queen Anne of Austria received, at her request, a parcel of the relics of her patron saint, in which she put all her hopes for a son." 15 years later, she gave birth to a son — the future Louis XIV — and in March of 1660 she embarked on a pilgrimage to Apt to "thank Saint Anne for the fulfillment of her wish by endowing the treasure with precious gifts."

Back at the SCAD Lacoste campus, at the top end of a cobblestoned path, which serves as the village's "Main Street," for all intents and purposes, you'll find the spot where Van Gogh is said to have set up his easel and painted many days. The views on this side of the campus are second to none — other than slightly further up the hill, on the grounds of the 15th-century castle that was once the residence of the Marquis de Sade, and now, fashion designer Pierre Cardin. #InstagramAlert.

The lobby of student residence Maison Basse.
Courtesy of SCAD

Get inspired by some gorgeous decor.

Paula and Glenn Wallace have a reputation steeped in creativity and resourcefulness, and their ability to transform the unlikeliest corners is clear the moment you step inside any of the SCAD Lacoste buildings — especially the residence halls.

Take, Maison Basse. Yes, the carriage house-cum-gambling den of the infamous Marquis de Sade does have roots in grandeur, but the Wallaces' touch is nothing short of remarkable.

A cozy nook inside the Maison Basse residence hall.
Courtesy of SCAD